Some comments on 'Brexit' Issues by a friend of mine 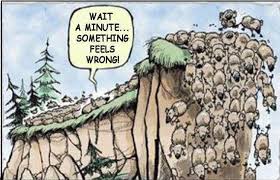 And if you have never heard of "Brexit" don't bother to read this!

Here are some statements or recently stated issues with a following comment on each:


The UK is the 6th biggest economy in the world?

This is entirely misleading for two reasons. A. in terms of GDP per capita (which is what really counts), the UK is around 26th in the world and only in 10th position in the EU. B.  What IS true is that when the UK joined the EEC (as it then was) it was famously “the sick man of Europe”. Recovery took some time, but in the 25 years up to and including 2017, the UK was the fastest growing economy in the EU largely as a result of some of the sweetheart arrangements made on joining, in particular with respect to services. C. The current economic distress in parts of the UK is nothing to do with the EU and everything to do with the market fundamentalist policies of successive UK governments which ran down our manufacturing base and sold most of it to foreign companies.

2. Subservience to the Euro?

This is a red herring since we didn’t join and were not obliged to (an example of autonomy NOT of subservience to Brussels).

3. Control of our laws, our money, and our borders?

Let’s take each in turn:

A. Laws. I have yet to meet any Brexiter able to name a single law “imposed” by the EU that they don’t like. They can’t. Here’s an excellent thread that provides a good analysis of what laws we’re really talking about: https://twitter.com/mac_puck/status/1087360379691380736

B. Money. What money? Well it’s presumably the amount we send to the EU to help run its institutions. The amount is the equivalent of 0.07% of annual GDP, about the same as we spend on international aid. We also send money to NATO, to the UN, to the WTO etc. to help run them. It’s what responsible member countries do. And for the EU, it’s peanuts in relation to the size of the economy.

Since the UK is not in the Schengen area, we control all our borders except one.  The famous Freedom of Movement which is cited as “proving” that we don’t control our borders merely allows anyone in the EU to seek and obtain work in any of the member countries. It also allows members to expel EU citizens who fail to find work or provide themselves with an income sufficient to live in the country of which they are not a national.
UK governments have signally failed to make use of this facility - but that’s not the fault of the EU.  The one exception is the border between Northern Ireland and the Republic of Ireland where total, uncontrolled, free movement is guaranteed with no right of expulsion.  This, however, has nothing to do with the EU. It’s written into the Good Friday Agreement which has brought peace to the region. It has even been stated that "millions" of  EU citizens are claiming political asylum; when, actually, none have any right or claim to this.Those claims come mainly from conflict zones in the Middle East and Africa or countries stricken by natural disasters or peoples fleeing repressive governments.  The EU has no policy on asylum seekers applicable to member countries & if it tried to develop one it would have to face the right of individual countries to veto it or not to approve it. So, this argument is nonsensical.

This is to do with the right to make our own trade deals with third countries. We don’t need this right because the EU takes care of it on behalf of the entire European Union which, because of its size has a level of leverage which we can’t hope to achieve alone. Moreover, on leaving we will not have the benefit of any of the existing trade deals - including the ones just signed with Canada and Japan.

Brexit is the will of the Country?

It isn’t. Only 37% of the electorate voted for Brexit. That was over 2.5 years ago. The public knows far more now about what it involves. Moreover, another 2.5 million young people are now eligible to vote, almost all of whom, according to the polls, would vote Remain. Also according to current polls, 56% of voters are now in favour of Remain with only around 40% in favour of Leave.  The will of the people argument, by the way, is precisely the one used by the Nazis as they took over control of Germany.  The will of the people was used to undermine democracy - a danger we are seriously facing in the UK as politicians and the media increasingly threaten violence and mayhem if Brexit is stalled.

The UK is a Country that Brexit will impoverish not just economically but politically, socially, and culturally. I think it probably will mark - at long last (and this IS a benefit) - the end of British imperialistic fantasies about its place in the world. But I find the sentiments that it has aroused both foolish and ugly.
Posted by Dave's Blog at 5:04 PM No comments: 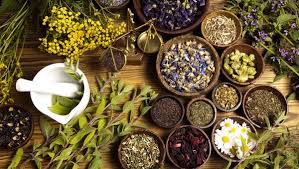 “In an era of misinformation, alternative medicine needs to be more tightly regulated.”
And I replied:

“Then they should make sure that the regular medicines are neither too conservative (beyond reasonable safety requirements) nor ridiculously expensive due to the large drug company's monopoly. These drugs should also be free of harmful side effects. Science is never absolute and many so called "studies" are often proved to be flawed.

Scientific method is a common thought/behavioural process of all intelligent people. It can be performed in remote rain forests and has been performed back in History and even Prehistorical times.  For example, before ‘Aspirin’ was developed and legally tested the chewing of willow bark was commonly used as an analgesic. Willow contains a chemical which is similar in its effect and chemistry as that found in ‘Aspirin’. Recently, when we were on a tour of part of the Amazon basin we stayed in a native village. Here we were introduced to several plant derived natural remedies which had been in use for countless years. Their efficacy  is well established, accepted and respected.

The modern science of medicine is just one aspect of S.M. conjunction.

Modern medicine has produced many legally tested drugs, many actually facsimiles or stereo-isometric versions of naturally discovered drugs (This is necessary for satisfying patent law). Often these result in unfortunate side effects. Science is not perfect ever, even if the best we have".