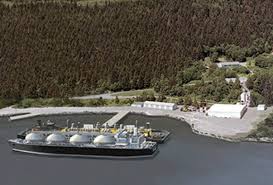 What we have to do here is separate 'Racism', 'Culture' and 'Politics'.. Racism is irrelevant. We are all mixed up. None of us should claim purity in race, which does not exist and probably hasn't since our emergence from Africa.

Culture does, and for our local FN's and it is championed by Tsawaysia Spukwus .Well done Alice!

Politics drives our Cultures apart. But then it drives any group apart a lot of the time. Then there is Education, Intelligence and Ignorance... These can heal, or in the latter case, destroy.

History can fool us all. History, at worst, can be one of the greatest 'Scapegoats' which so many fall back on for support in their arguments.We should be very wary of this as it often disintegrates so much good.

And some random quotes:

"As I see it....publicly council said and acted like they where against the LNG happening.....and behind closed doors they did not listen to the community....saying no to LNG....and in the end they get into it. NOW HOPE THIS MEANS WE WILL HAVE A COMMUNITY REFERENDUM TO HAVE SOMETHING HAPPEN THAT WE WANT.....because it is all of our monies".

" Excuse me, but not ALL SN members had a say in this. Like your politicians, majority if the shit is just done behind everyone's back. So enough of the lumping all of the natives together like that."

"This was a split vote by Squamish Nation: 6 were opposed, 6 were supportive, 2 abstained (which counts as supportive), the chair expressed opposition but did not vote, and one was absent. The bigger issue here is that the Provincial government is yet again propping up a fossil fuel industry by gifting crown land and other money (yet to be disclosed) to Squamish Nation to entice them to accept this agreement. We respect Squamish Nation's decision - it was a difficult one, and we're sure that each band council member made their decision based on what they thought was best for their members. My Sea to Sky will continue to oppose Woodfibre LNG, we will continue to fight, and speak on behalf of the nearly 18,000 people that have signed the Howe Sound Declaration."